Our primary instinct for ‘self-preservation’ probably means we nurture ourselves as the first ‘object’ we ‘own’ before moving onto those we buy. Of course, this idea of ownership can extend beyond into those things we create, even in the sense that we nurture and protect our family.

Even so, the darker side of this equation is that we can ignore or even damage people and things we have no ‘ownership’ relationship with, that are part of the ‘commons’.

We see this with the environment, in everything from protecting the climate, transboundary rivers and fish stocks, to public goods such as private roads. And public toilets!

Toilets? Yes, a recent report from public health experts warns a lack of public toilets is affecting the health of workers and the public at large. The Royal Society for Public Health report published in May found that 74 per cent of adults believe that there are not enough public toilets in their area.

As well as the inconvenience, there are health implications which, without going into details, includes workers reducing their liquid intake, not to speak of ‘holding on’ and the serious concerns of pregnancy and ‘period dignity’.

There is another element to this idea of the commons that can be easily missed, but which expressions like ‘common sense’ and ‘common decency’ point us toward. This is the idea of a shared humanity that we can easily ignore or define wrongly.

In the context of the workplace, with its prevailing ethos of success and individual reward, what is common – whether it’s the place we share or a shared requirement for safety, health or wellbeing – can be seen as pedestrian, humdrum or simply counter to entrepreneurship or merit.

There is an interesting tension in safety, health and wellbeing: though we all share an instinct for self-preservation – and responsibility to act in our own interest – the management of risks that originate with work are the responsibility of someone else. Who really owns our wellbeing?

As the tragedy of the commons tells us time and again, this tension is at the heart of why accidents happen or people are made sick and why, in our effort to improve things, we can get it so wrong. The danger of the wellbeing debate is that it constantly attempts to turn our common humanity into a series of measurable outputs that can be owned, nurtured and managed, but with the risk that such indicators are just used to say look, we have a high wellbeing score.

In fact – as with anything that sits in a spreadsheet but not in people’s minds – we can see that some organisations with the most boxes ticked are the most miserable to work in. And it matters, of course: we have said many times that poor wellbeing leads to poor performance and can destroy jobs for countless workers.

In recent days, there have been high-profile cases: bullying and sexual harassment in Lloyd’s of London; accusations of a toxic work culture, characterised by secrecy and mistrust, in Amnesty International; and the forced resignation of Ted Baker’s boss for ‘forced hugging’ and inappropriate comments and behaviour.

In the case of Amnesty, two cases of suicide linked to stress, overwork and a lack of attention to staff mental health; in the case of fashion retailer Ted Baker, a 25 per cent drop in share price. I don’t know if these organisations have wellbeing programmes, but I do know that too often organisations that say they are doing the right thing are often doing what’s required to look like they are. In reality, sometimes staff are treated as disposable objects and senior staff spend more time trying to look good rather than doing good.

The solution? A little bit of common sense. We know when something isn’t right. People are the best measure of a workplace. Let’s listen to them, and the British Safety Council will listen more to its members. That way we can all look after the commons.
—
Mike Robinson FCA

Stay safe in the sun 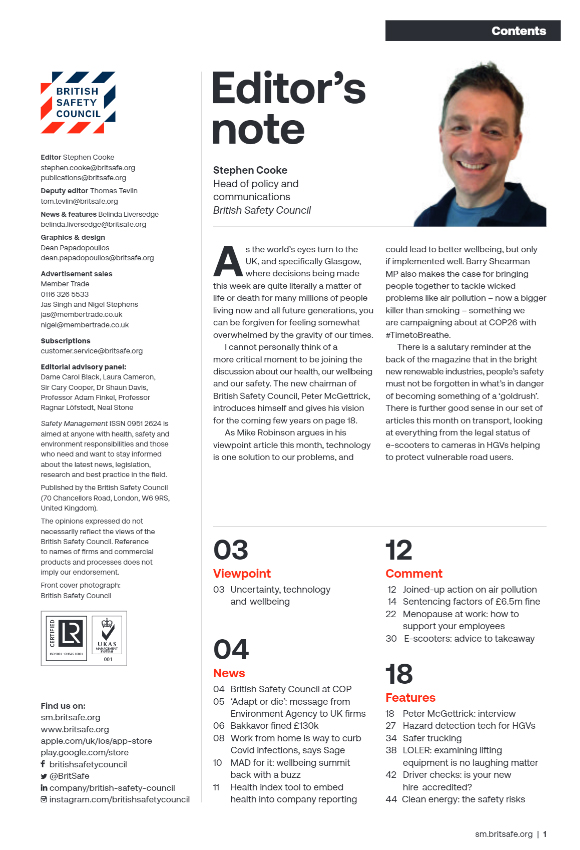 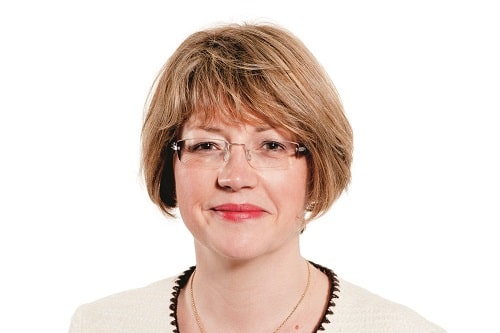 Covid-19 – some legal points to remember

In a time of ongoing uncertainty, as we continue to weather the pandemic storm and the emergence of the Omicron variant of Covid-19, the overarching duty on employers to ensure that their employees (and others) are not exposed to health and safety risks has remained a constant. 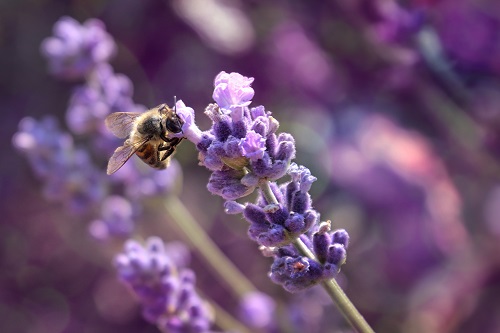 Environment Act can guide us to a cleaner and greener future

In a historic move, the UK’s first dedicated Environment Act for nearly 30 years has become law. 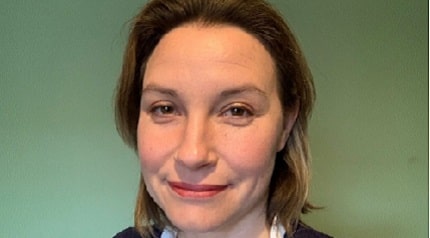 By Charlotte Woodworth on 01 December 2021